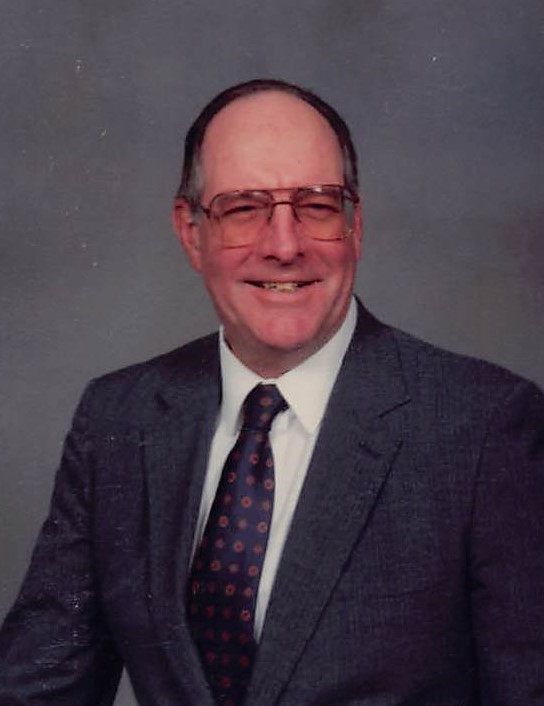 Please share a memory of Robert to include in a keepsake book for family and friends.
View Tribute Book

Bob was a graduate of Oregon State University with a degree in Mechanical Engineering.  He worked for Chevron in San Francisco where he met his wife Lou Ann. He settled in Mountain Lakes when he began working for Exxon in Florham Park, NJ which led to several overseas assignments which he and his family enjoyed immensely - including France, Aruba, Libya, and England.

He was an avid reader, traveler and golfer, and will be well-remembered for his keen sense of humor. Bob was active in the Community Church of Mountain Lakes. He enjoyed the camaraderie of his fellow curmudgeons at coffee every weekday morning and at golf outings for many years of his retirement.

Bob was very proud of his family. He is survived by his loving wife of 55 years, Lou Ann (Smith); children Susan Bennett of Parsippany; Cynthia and Jerry Palmarozzo and grandchildren Philip, Anna, and James of Roselle Park; and Kenneth and Megan Bennett and grandchildren Jordan and Lauren of Peoria, AZ. He is also survived by brothers Byron (and Friedel) of Tucson, AZ; Burton (and Meta) of Gainesville, FL; and sister Mary (and Jim) Boothe of Palm Bay, FL; sister-in-law Ardell (and Michael) Cheek of Benson, AZ; brother-in-law Donald Smith of Schenectady, NY; and 9 nieces and nephews.

Memorial visitation will be at Codey & Mackey Funeral Home, 107 Essex Ave, Boonton on Friday, January 20th from 6pm to 8pm. The funeral service will take place at The Community Church of Mountain Lakes, 48 Briarcliff Rd, Mountain Lakes on Saturday January 21st at 11am.

In lieu of flowers, donations in Bob’s memory may be made to the Parkinson’s Foundation. To share a condolence please visit codeymackeyfh.com.

Share Your Memory of
Robert
Upload Your Memory View All Memories
Be the first to upload a memory!
Share A Memory
Send Flowers
Plant a Tree