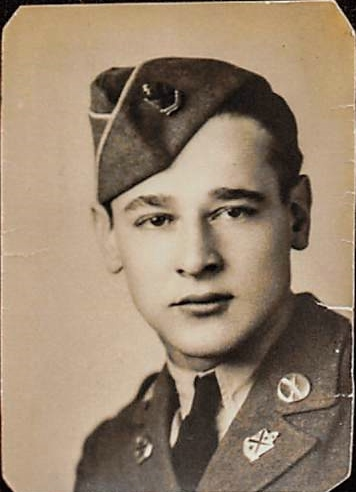 Stephen John Bolcar, a US Army Air Corps Veteran and Centenarian who lived a remarkable 101 years, peacefully passed away on Wednesday, June 12, 2019.

Stephen was a lifelong resident of Boonton, New Jersey. Steve even as toddler was determined; starting with the dermination of his grandmother he survived the flu epidemic that had taken his mother.  Despite being a good student and wanting to continue his studies, he left school in order to help support his family.

He proudly served in the US Army Air Corps during WWII and was Honorably Discharged as a Staff Sergeant. He served in the 445th Bomber Squadron of the Mighty 8th Air Force stationed in England. He flew 8 missions and on last mission the plane crashed and he was on of 5 souls that survived out of 10 crewmembers.  He was honored with the Air medal, the Good Conduct Medal and European African Middle Eastern Service Medal with three bronze battle stars.

Mr. Bolcar was a member of the Sokol USA Lodge 32 - where he met the love of his life, Emily (Westura) at a dance, VFW Post 242 and American Legion. Also a former member of the Knights of Columbus in Boonton.

He worked in several local businesses including, Boonton Molding, Dumont Corp. in Paterson and RFL Corp. in Boonton Twp.

Steve serving his community by representing the citizens of Boonton on the Board of Alderman in the 2nd Ward from 1978-1979.  He still traveled the hills of his beloved Boonton on foot, greeting everyone with a kind word and pleasant smile.

Stephen enjoyed shooting pool, playing golf and watching golf on TV, and an avid fan of the NY Yankees (where he made it the "Jumbo-Tron" three times for his 99th, 100th and 101st birthdays!) He was a devoted family man who adored his children, grandchildren and great grandchildren.

For his 100th birthday he was honored by the Town of Boonton as the Citizen of the Year and by Sheriff James Gannon as the Honorary Sheriff of the Day.

He was predeceased by his beloved wife, Emily and daughter-in-law, Debbie.

Relatives and friends are invited to visit with the family on Friday, June 14th from 4-8 pm at the Codey & Mackey Funeral Home, 107 Essex Avenue, Boonton, NJ 07005. A Funeral Mass will be celebrated on Saturday, June 15th at 10:30 am in Our Lady of Mt. Carmel R.C. Church, 910 Birch St., Boonton, NJ. The interment with Military Honors will follow at Sts. Cyril & Methodius Cemetery in Boonton.

In lieu of flowers, donations to St. Jude Children's Research Hospital, would be appreciated.

Share Your Memory of
Stephen
Upload Your Memory View All Memories
Be the first to upload a memory!
Share A Memory
Send Flowers