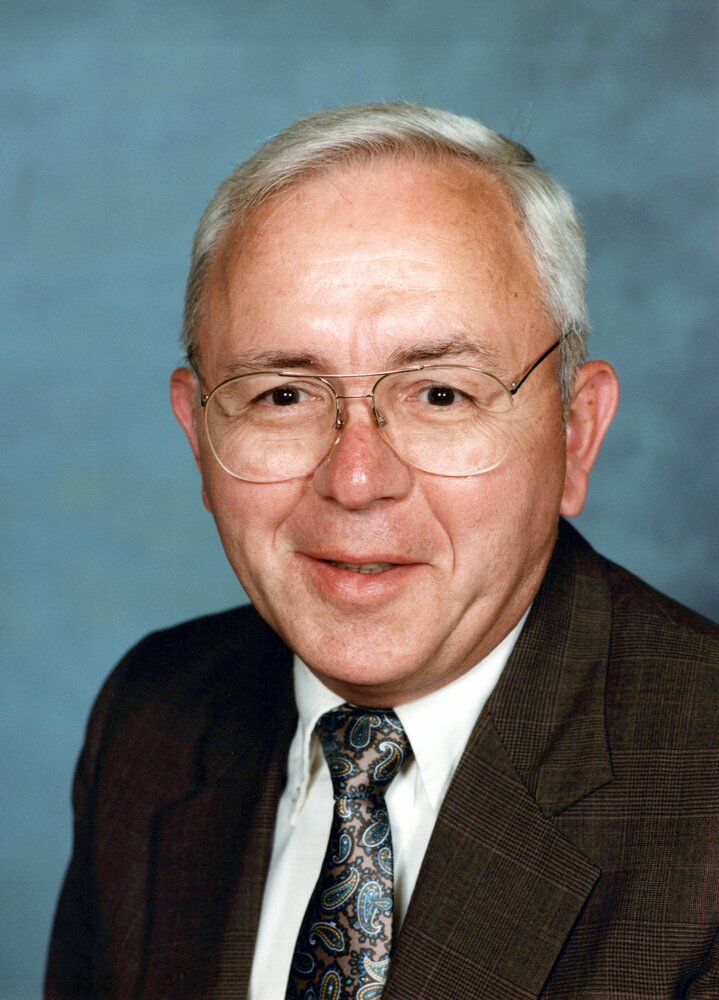 Please share a memory of Joseph to include in a keepsake book for family and friends.
View Tribute Book

Joseph Anthony Riccardi (“Joe”), 93, of Montville, NJ, formerly of Ridgewood and Wyckoff, passed away surrounded by family on Friday, January 20, 2023.

Joe was born in New York City, NY in 1929 to Michael and Giulia (Vittore) Riccardi. He grew up with his older sister, Mary (Riccardi) Clarizio, and was a diligent student who excelled in academics. After graduating from Cardinal Hayes High School in 1947 he attended the City College of New York and earned a bachelor’s degree in business. Immediately after graduation, he was drafted into the U. S. Army and served from 1951 – 1953 during the Korean Conflict.

Upon honorable discharge from the Army, he went to work at General Electric Credit Corporation and specialized in Lease Finance.  It was during his time at GE that Joe met his lovely wife, Leah. After a brief courtship, they married in 1963 and had their first child, Joseph, in 1965 followed by their second child, Ellen, in 1970.  In 1972 he was recruited by Goldman Sachs and became a Vice President in Structured Finance.  Joe had a long and storied career at Goldman Sachs and helped his clients obtain financing for a variety of energy and transportation projects worldwide. In 1972, Joe moved his family to Ridgewood, NJ, where he would reside until 2005.

Joe adored his family and spent as much time with them as possible. In his free time, he was an avid golfer, bowler, bridge player, chess player and had a love of reading and puzzles. Joe was an avid fan of the Giants and the Yankees. He was a member of the Ridgewood Country Club and Activities Unlimited. He also enjoyed traveling, visiting museums, attending the opera and Broadway shows, and dining out in NYC. In 2005, he moved to Wyckoff then moved to Montville in 2018.

Joe lived his life with honesty and integrity. He had strong values and was well liked by everyone he met due to his kindness, wonderful smile, patience, and good humor. He was an amazing father, grandfather, uncle, cousin, neighbor and friend. He was a role model to many and touched the lives of innumerable others. Joe will be truly missed.

Predeceased by his parents; his loving wife, Leah; his beloved grandson, Matthew; his sister, Mary (Riccardi) Clarizio and nephews Michael and Luke Clarizio. Forever cherished and remembered by his children, Joseph (wife Gretchen) and Ellen; and his grandchildren, Michael and Jessica. His memory also lives on with numerous other surviving family members including his nieces (and their children), Stella (Clarizio) Ross and Dee Clarizio.  Joe will also be missed by several members of his deceased wife’s family including his sister-in-law Sarah Ackerman and nephews Russell & David Ackerman.

Visitation will be held Thursday, January 26th from 5:00 – 8:00pm at Codey & Mackey Funeral Home in Boonton. A Mass of Christian Burial will be celebrated in St. Catherine of Siena Church, Mountain Lakes on Friday, January 27th at 10:00am, with interment following at Greenwood Cemetery, Boonton.

In lieu of flowers, donations to National Parkinson’s Foundation, American Parkinson’s Disease Association or The Michael J. Fox Foundation in Joe’s memory would be appreciated. To share a condolence with the family, please visit codeymackeyfh.com.

Share Your Memory of
Joseph
Upload Your Memory View All Memories
Be the first to upload a memory!
Share A Memory
Send Flowers
Plant a Tree