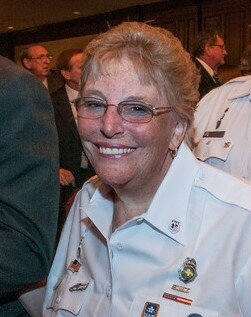 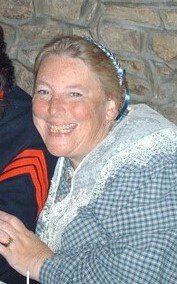 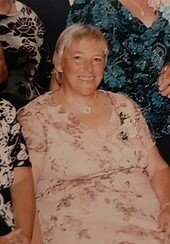 Caroline Rita (Christopher) Hollinghurst of Boonton passed away suddenly on Friday, September 16, 2022, with her husband by her side. She was just 63.

Caroline was born in February of 1959 to James, Sr., and Sara (Gariffo) Christopher in Newark, NJ. She spent her childhood in South Orange and Rockaway before settling in Boonton in the late 70’s. Caroline met her cherished husband, Scott Hollinghurst and they married in 1981. They celebrated 41 years of marriage earlier this year.

Caroline became a nurse and was the school nurse at Our Lady of Mt. Carmel school for many years. She was not one to be idle. Caroline served on the Kiwanis Ambulance Squad of Boonton and the Boonton Board of Health. She volunteered her time to the Food Pantry at the First Reformed Church in Boonton, as well as served as a Deacon there. Caroline was a member of the Boonton Elks Club and the 33rd Reenactment Group. She was named Citizen of the Year in 2021. In her spare time, Caroline treasured being with her family and when she could, taking in Broadway shows, especially Cats, Wicked and Phantom of the Opera.

Caroline was predeceased by her parents and her sisters, Sara and Claire. She is survived by her beloved husband, Scott; her adored son, William “Billy” and his fiancée, Elizabeth; her brothers, James (Dina) and Al (Cindy); her sisters, Noreen and Vicki (Missy); her mother-in-law, Carmen; her brother in law, Brian (Kathleen) and sister-in-law Debra (Greg); her nieces and nephews, Cortney (Brad); James (Michelle); Brittney, Erin, Andrea, Amanda and Adam; her great nieces, Olivia and Lila; and many extended family and a host of friends.

In lieu of flowers, donations in Caroline’s memory can be made to First Reformed Church Food Pantry, 236 Washington Street, Boonton, NJ 07005.

Please join the family for a Celebration of Caroline's life on Saturday, September 24, 2022 starting at 2:00pm at the South Boonton Firehouse, 100 Washington St, Boonton.

Share Your Memory of
Caroline
Upload Your Memory View All Memories
Be the first to upload a memory!
Share A Memory
Send Flowers
Plant a Tree