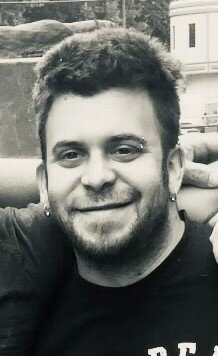 Anthony David Sutton, 34, had his life cut short on July 5, 2022 after a long battle with alcoholism and depression. Born to William and Victoria (Arias) Sutton in July 1987 in Morristown, NJ, he grew up to become a doting son, a loyal brother, a dutiful uncle and a proud father.

Tony, as he was known by his friends and family, grew up in Boonton, NJ with his two older brothers, Joseph & Michael, whom he idolized. Tony truly loved his hometown and growing up in Boonton -- almost as much as he loved his camo, his Crocs and his country. The only thing in this life that gave him more joy was his son, Anthony David “Davie” Sutton, Jr., who he adored with his entire being.  Tony’s face would light up with any mention of his son or any chance to show him off to the world, often citing Davie as “his greatest achievement". The two of them would spend hours talking all things Pokemon, collecting Hot Wheels, watching movies, going on adventures and having impromptu dance parties.

Some would describe Tony as an avid survivalist and outdoorsman, but he was much more than that. He was an adventurer through and through – starting at a young age, exploring the woods around town or riding his bike 15 miles as a child looking for new frontiers to discover and places to explore, but somehow always finding his way home (before the age of cellphones). He was a passionate movie enthusiast with over 1500 DVDs and never lost a game of Six Degrees of Kevin Bacon.  A glass technician for over 15 years, Tony loved working with his hands and had a gift for fixing things; whether it was a broken TV or cheering someone up after a bad day. Tony had a heart of gold and it brought him joy to help others. He lived to make others smile or laugh - through funny impressions, ridiculous T-shirts, dropping by your house with a bag of perogies “just because” or outrageous antics like cutting a wedding cake with a massive hunting knife.

Tony is survived by his son, Anthony David “Davie” Sutton, Jr.; his beloved mother, Victoria Arias-Sutton; his loving brother, Michael Sutton; his girlfriend, Jade Kohut; his grandmother, Doris Arias; his nephews, Anthony Michael Sutton and Joseph John Sutton; his former wife and mother to his son, Jennie Rice; and many loving aunts, uncles, cousins and friends. He was predeceased by his father, William H. Sutton; his brother, Joseph J. Sutton; and his beloved rescue dog of 11 years, Fred Derf.

Visitation for Tony is Monday, July 11th from 4:00 to 8:00pm at Codey & Mackey Funeral Home, Boonton. A Mass of Christian Burial will be celebrated Tuesday, July 12th at 10:00am in St. Pius X R.C. Church, Montville, followed by the burial at Greenwood Cemetery, Boonton.

Share Your Memory of
Anthony
Upload Your Memory View All Memories
Be the first to upload a memory!
Share A Memory
Send Flowers
Plant a Tree