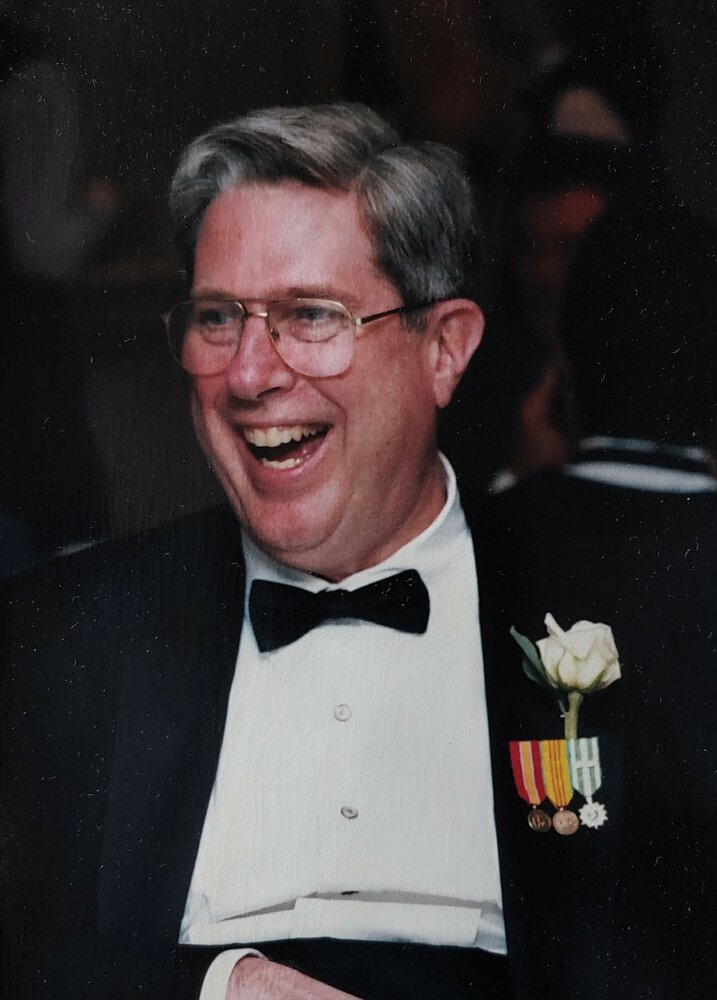 George Baxter was a man of integrity, intelligence, humor, and deep faith. He had strong opinions that he expressed eloquently. He was hilarious and challenging. He could be formidable but was tenderhearted. People sought his advice about many different things as he was always thoughtful, practical, and strategic. He used his many gifts to help others when he saw a need, usually quietly, often anonymously. He will be dearly missed by all who knew him.

Born in 1942, the oldest of four children, George grew up in Long Island, attending Chaminade HS in Mineola, NY.  He earned several scholarships, including a full NROTC scholarship which he used to attend the College of the Holy Cross in Worcester, Mass. He graduated from Holy Cross in 1964, with a BS degree in Physics and was commissioned as Ensign, USN.

During his time in the Navy, he served in the Vietnam War. He was sent to Cam Ranh Bay to serve as Communications Officer of CTF 115 (operation Market Time), the “Swift Boat” effort shielding the entire coastline of the country. He left active duty in 1969 and continued in the Navy Reserve until 1972, when he was honorably discharged with the rank of Lieutenant Commander.

After retiring, he worked for Catholic Charities of the Paterson, NJ diocese and later became the Math teacher for a small, traditional Catholic high school in Pequannock, NJ. For nine years he taught all the math courses for all the grades at the school – Algebra 1 and 2, Geometry, Advanced Math, and Calculus, as well as a basic Economics course.

He was a member of Our Lady of Fatima Chapel for many years and became a Third Order Carmelite in 2014, serving as the Prior for the community for the final few years of his life.

Share Your Memory of
George
Upload Your Memory View All Memories
Be the first to upload a memory!
Share A Memory
Send Flowers
Plant a Tree