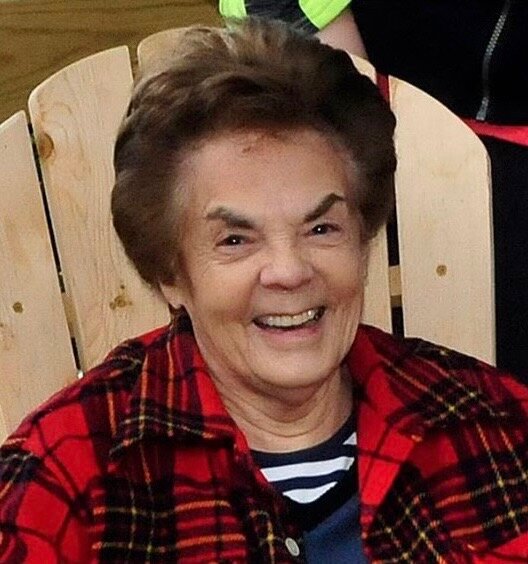 Mary Louise Anderson Leaming of Boonton Township, NJ passed away peacefully at The Oaks Nursing Home, Denville, NJ on May 20, 2022, at the age of 94.

Born and raised in Roanoke, VA, Mary Lou was the daughter of John and Emma Louise Anderson.  She met and married her beloved late husband of 65 years, Dr. Robert H. Leaming, on June 11, 1948 and eventually moved to NJ to start their family.  Before marrying her husband, she was an X-Ray technician at Roanoke Memorial Hospital, Roanoke, VA, then becoming a devoted wife and mother to her 4 sons.

Mary Lou was a member and volunteer at the Morris Museum in Morristown, NJ , served on several Boonton Township boards, member of the Ladies Auxiliary - Boonton Township Fire Department, Boonton Township Garden Club, Rockaway Valley United Methodist Church in Boonton Township & DAR (Daughters of the American Revolution).  She loved her home of 36 years in Lake Piseco, NY in the Adirondack Mountains where all the family gathered annually.

All services will be private and provided by Codey & Mackey Funeral Home, Boonton. Those wishing to make a donation in Mary Lou’s memory in lieu of flowers are asked to consider the Rockaway Valley United Methodist Church in Boonton Township, NJ. This church was very special to her.

Share Your Memory of
Mary
Upload Your Memory View All Memories
Be the first to upload a memory!
Share A Memory
Plant a Tree