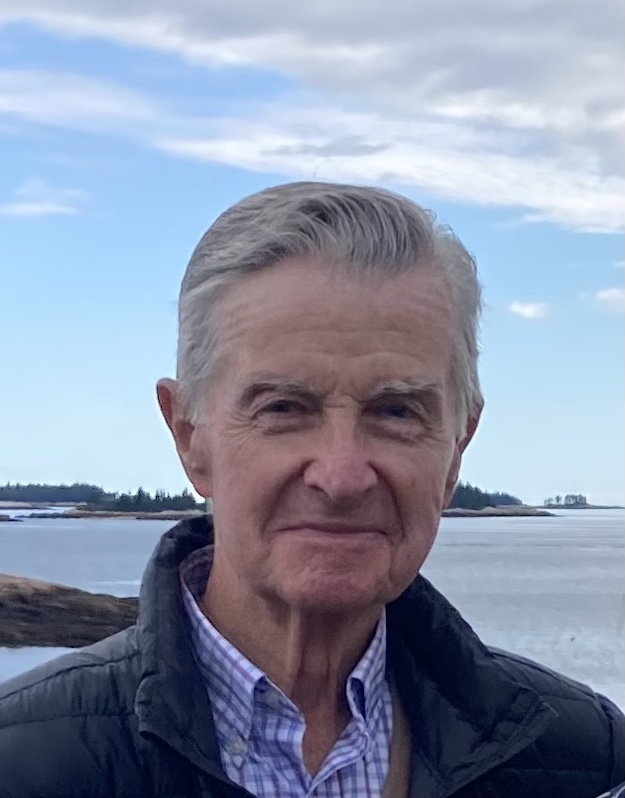 Michael Joseph Pierce was content and peaceful when he passed away on November 27, 2021, in New Jersey. He was born in October 1933 in Waterbury, CT to Michael and Catherine Pierce, who emigrated from Ireland. His one sibling, Catherine, pre-deceased him. He grew up in New York City and attended Regis High School (1951) and St. John’s University College (1954) and then was a teaching fellow at the University of Notre Dame, where he earned his M.A. in English (1956). He cherished his many lifelong friendships with classmates from all three schools.

Mike’s business career started in 1961 at IBM. In 1968 he and several colleagues left IBM to establish a new pharmaceutical industry database company, Drug Distribution Data (DDD).  DDD merged with IMS, an international leader in healthcare market research and data-base publishing. Mike went on to become Chairman and CEO of IMS North America. IMS International merged with Dun & Bradstreet in 1987 and in 1988, at the age of 55, as was always his plan, Mike retired, to give himself and his wife Rosemary enough time to enjoy the next chapter of life. Mike always said, “I loved going to work every day and I loved coming home to my family every night.”

The accomplishment of which Mike was most proud is the family he created with his beloved wife of sixty-six years, Rosemary, whom he met at St. John’s University and married in 1955. They had five children, one of whom, Thomas, died in an early childhood accident in 1962. Mike and Rosemary raised their family in Smithtown and Port Washington, NY and then Mountain Lakes, NJ. After retiring, they resided in Castine and Cape Rosier, Maine and Venice, Florida where they were blessed with many friends. Mike became an avid golfer during his retirement years. He was a member of the Jacaranda West Golf Club in Venice, FL and member and past president of the Castine Golf Club in Castine, Maine.

Mike was a longtime parishioner of St. Catherine of Siena, Mountain Lakes and then in retirement, of Epiphany Cathedral, Venice and Our Lady of Hope, Castine. His Catholic Christian faith was strong and unwavering. It was the foundation on which he built his life. Mike always ended grace before meals with the words, “Thank you, Father, most especially, for the gift of the family.”

Mike described his own life as “a homerun” and recently encouraged all his grandchildren to “do well, but also do good.”  He will be dearly missed by his wife, Rosemary; his children, Rosemary, Michael, Constance and John; daughter-in-law, Stephanie Pierce; sons-in-law, Robert Wall and Robert Fowler; grandchildren, Robert Wall and wife Virginia, Rebecca Forrestal and husband Brian, Christopher Wall and wife Grace, Andrew Wall, Pierce Fowler and wife Kate, Thomas Fowler, Louisa Fowler, and Michael J Pierce IV; and his great-grandchildren, Fiona, Lillian and Amelia.

A funeral Mass will be celebrated at 10:00am on Saturday, December 4th at St. Catherine of Siena in Mountain Lakes, NJ. The family respectfully asks that if so inclined, in lieu of flowers, donations be made to Mike’s alma mater, Regis High School, a private secondary school offering full merit-based scholarships to all its students.

The Funeral Mass will be live streamed from St. Catherine of Siena Church - please go to their website - https://stcatherine-ml.org/ - at 10:00AM on Saturday, December 4th to attend.

Share Your Memory of
Michael
Upload Your Memory View All Memories
Be the first to upload a memory!
Share A Memory
Send Flowers
Plant a Tree