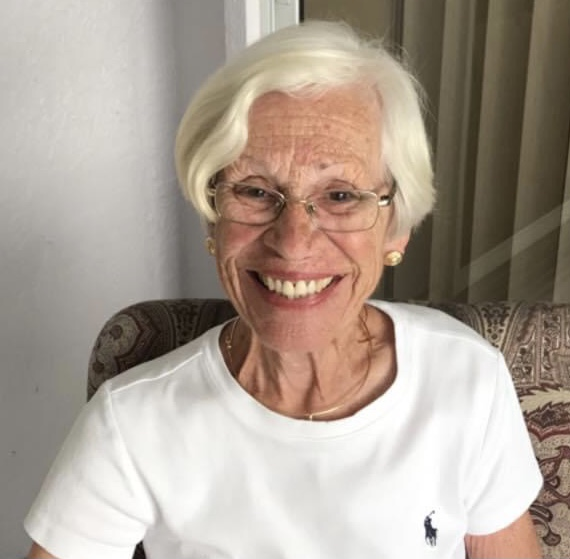 Marilyn was born in 1939 in New Brunswick, NJ, to Frank and Mary (Clark) Merolla. She attended Montclair State College and received her bachelor’s degree in psychology.

Marilyn married John T. Mitchell Jr. (Jack) and they raised their family in Mountain Lakes, NJ. After Jack’s retirement from Nabisco, they moved in 1991 to Venice, FL.  Marilyn returned to Mountain Lakes in 2017 after Jack’s death in 2014 to live with her daughter, Denise Goodbar and her family.

Marilyn was a devoted Catholic and served as a Eucharistic Minister at Epiphany Cathedral Catholic Church in Venice, FL, for many years.  Marilyn and Jack traveled the world, were avid readers and valued education.  She was always willing to engage friends and family in a good conversation or singing old show tunes. She also enjoyed spending summers on Long Island in Hampton Bays, NY, long walks and attending the theater.

Marilyn loved her children and grandchildren to whom she often told she loved them as “high as the moon and as deep as the ocean.”

Services were private through Codey & Mackey Funeral Home, Boonton, NJ. In lieu of flowers, donations to Catholic Charities would be deeply appreciated.

Share Your Memory of
Marilyn
Upload Your Memory View All Memories
Be the first to upload a memory!
Share A Memory
Plant a Tree