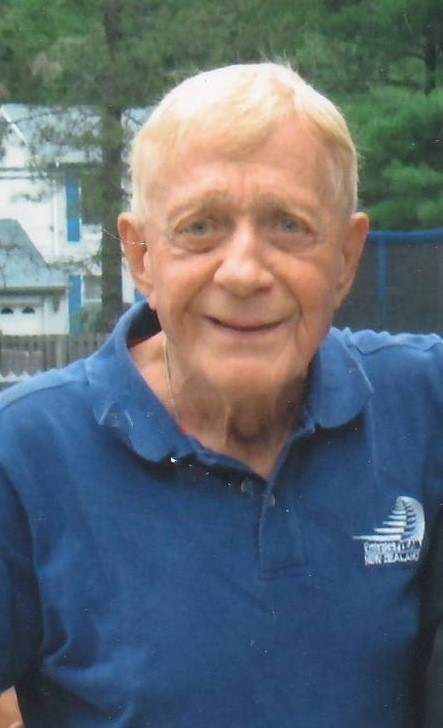 Michael DuJack, a long-time Boonton resident, died August 31, 2020 at the age of 85 after a brief illness. He was born and raised in Boonton, where his family lived on Birch Street.

He attended the Boonton schools and went to the Lawrenceville School in Lawrenceville, New Jersey for his senior year of high school.

He graduated from Cornell University with a degree in chemical engineering in 1957.

He joined E.I. du Pont de Nemours and Company in 1958 and worked for the company for 15 years at several locations, including five years at the Nashville, Tennessee plant.

Part of the team that started up the Nashville plant, he worked for a department that manufactured a chemical used to make Dacron, a synthetic fiber.

Five years later, when DuPont opened a new plant in Cape Fear, North Carolina, DuJack turned down a transfer to the new plant and instead transferred to the company’s Wilmington, Delaware headquarters where he worked in the treasurer’s department until leaving DuPont in 1973. He was a financial analyst for DuPont’s Swedish subsidiary and earned an MBA at the University of Pennsylvania’s Wharton School.

While in Nashville DuJack pursued his passions for sailing and sportscars. Sailing for the Harbor Island Yacht Club in Old Hickory, Tennessee, he competed in Thistle Class races at numerous southeastern conference sailing events, winning several trophies. As a sports car enthusiast, he did not race, but owned a Maserati 3500 GT.

After his 15-year career with DuPont, DuJack resigned and went to Europe to try his hand at writing short stories. He lived in Paris and traveled throughout Europe. He returned to the U.S. where he wrote film scripts. He also wrote the book and the lyrics for a musical called So Long Solange, which dealt with the women’s liberation movement. It had a one-week off-Broadway run.

“If there is one creed I lived by it would be: joie de vivre,” he said.

As a boy he had participated in gymnastics at the local Sokol Hall and as an adult he attended at least ten Olympics summer games, including those in Barcelona, Athens, Sydney, London and Atlanta. He also attended the winter games at Vancouver and Lake Placid. He did not attend most of the winter games due to cold and the remoteness of the venues. But if they were accessible, he would go.

He said he found the Olympics “interesting for the amateur athleticism devoid of commercialism. And the enthusiasm of youth with which these athletes perform.”

DuJack had a passion for the theater and was a regular Broadway theatergoer. He also loved classical church music and dance. Once or twice a week he would go to New York to attend the theater or a concert.

He was an avid gardener and devoted Mets fan.

He visited much of Europe and his travels also took him to Australia, New Zealand, China, Hong Kong and Hawaii.

Visitation will be on Saturday, September 5, 2020 from 9:30am to 12:30pm, immediately followed by a Catholic prayer service, at the Codey & Mackey Funeral Home, 107 Essex Ave, Boonton. He will be interred in the family’s plot at the Saints Cyril and Methodius Cemetery in Boonton.

To share a condolence or memory please visit codeymackeyfh.com. Memorial contributions may be made to UnderMyWing.org bird sanctuary or God’s Creatures Ministry.

Share Your Memory of
Michael
Upload Your Memory View All Memories
Be the first to upload a memory!
Share A Memory
Send Flowers