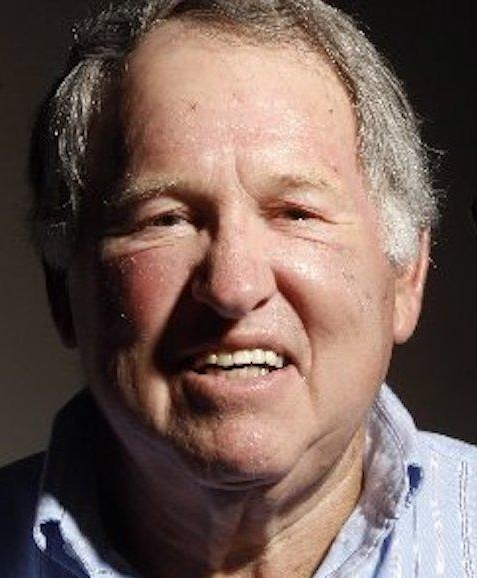 Douglas Clare Wilkins died June 3, 2019, the day of his wedding anniversary, at the age of 77 in his home at Franciscan Oaks in Denville. He was predeceased by his wife of over 50 years Marjorie (July 2018). Surviving him are his beloved brother and sister, William Wilkins (Ruthann) and Jacquelyn Wilkins Estes, respectively, two daughters, Debra Wilkins Becker and Lisa Wilson (Stephen), a son, Gordon Wilkins (Thuy-An), and five grandchildren.

Doug was born in Cleveland, Ohio to Gordon and Alice Wilkins. He graduated from Roxbury High School(NJ), earned a BA in History at Moravian College (PA) in 1964, and an MA in Educational Administration and Supervision from William Paterson University (NJ) in 1978. He spent his entire career with the Mountain Lakes school district, serving first as a Social Studies teacher and twenty-nine years as an administrator at the high school (athletic director & assistant principal) including serving as principal from 1987 - 1999. During his tenure as principal, the school district was consistently ranked among the top high schools in NJ, as well as being nationally ranked, with Doug being named Educator of the Year in 1994.

Doug served as head coach at Mountain Lakes High School from 1966 through 2009,amassing a 328- 105-5 record that ranked him fourth on New Jersey's all-time victories list at the time of his retirement, as well the most wins in Morris County. The HERD won eight sectional championships, including back- to-back North Jersey, Section 1, Group 1 titles in his final two seasons, going 12-0 in both seasons, ending his coaching career on a 25-game winning streak. Doug received numerous accolades throughout his coaching tenure. He was named Coach of the Year by various media outlets, was elected into the NJ Coaches Hall of Fame, was the first active football coach in Morris County to be inducted into the National Football Foundation & College Hall of Fame (2000), and was presented with the Robert Herbstman Award (2004) by Moravian College. The newly installed turf field in Mountain Lakes was named in his honor in October 2010, the season following his retirement.

Doug was a charter member of the Morris County Football Coaches Association, mentoring many coaches over the years to honor those who coached and mentored him early in his career, most notably coaching greats John Bauer Sr. (Randolph) and Bill Regan Sr.(Delbarton). Doug and his coaching staff created the HERD acronym(Hustle-Enthusiasm-Roughness-Dedication/Desire), unique to the school's football team, as a philosophy of team bonding and unity to foster success and maximize players' potential. Doug had great trust, respect, and faith in his players, coaches, students, and staff; he held them to high standards and challenged them, helping to get the best out of people. This went beyond the gridiron, as this was part of the Laker Pride initiative he embraced as principal. Doug's legacy transcends the wins on the field and awards he earned. He considered his greatest accomplishments to be those of his children, grandchildren, players, students, teachers and peers. He cherished the many letters, emails, visits, and souvenirs bestowed upon him from former players, students, and friends showing how they achieved their own success and applied his philosophy and motivation to their career, family, and life.

Doug's life will be celebrated on June 12th at the Rockaway River Country Club in Denville, NJ from 4:00pm on. Speakers will commence at 6:00pm. In lieu of flowers, donations may be made to the Herd Alumni Foundation, a 501(c)(3) established by Doug (https://herdalumni.com/donate/douglas-wilkins-memorial-fund//), where funds can be directed towards the Wilkins-Roche Scholarship, upkeep of Wilkins Field, or the foundation's General Fund.

Share Your Memory of
Douglas
Upload Your Memory View All Memories
Be the first to upload a memory!
Share A Memory
Send Flowers