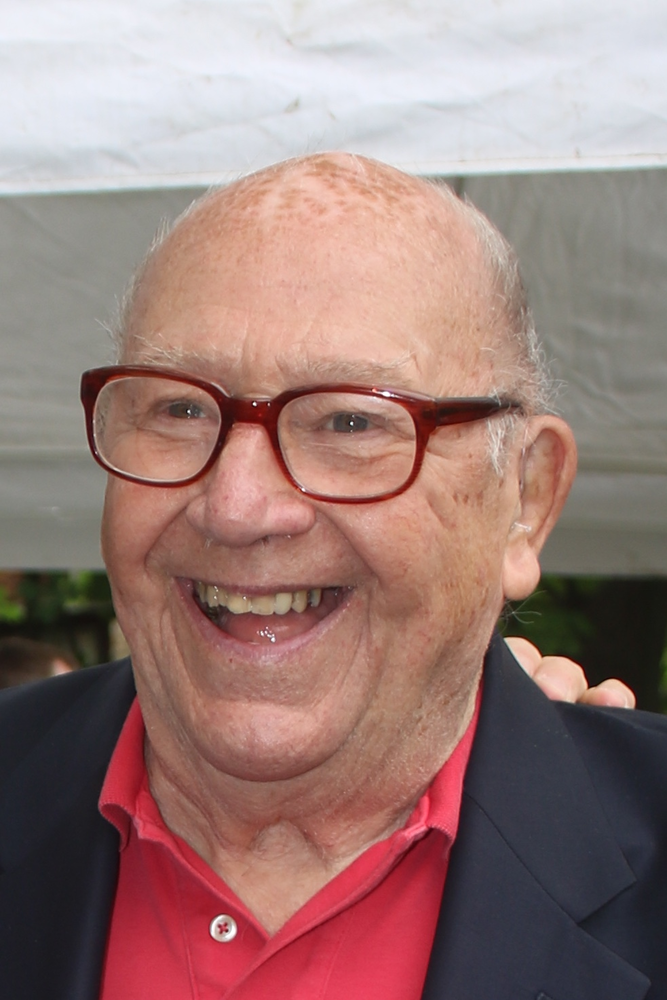 Ken graduated from Clifton High School in 1951. He was a proud President of his class and enjoyed organizing class reunions for many years. After high school Ken served in the US Coast Guard where he was stationed on Governors Island, NY. His cutter made weather surveys of the North Atlantic. Returning to civilian life, Ken worked in the radio industry in various roles before becoming proprietor of Peter's Boat House in Lake Hopatcong. As a young man he performed in local theater productions. He was an avid fan of Broadway plays and musicals, attending hundreds of performances. Ken possessed an encyclopedic memory of plays and their actors. He was wonderful company to stroll through Manhattan with. His love for the City and his knowledge of its history never failed to entertain family and friends. Ken was an avid runner for many years, completing 7 NYC Marathons and one New Jersey. He claimed that what he lacked in speed, he made up for by doing stand-up comedy along the route. Ken loved to read. He took great pleasure in walking to the Mountain Lakes Library every morning to sit and read the New York Times. Ken had a generous and joyous heart that he was happy to share with friends and strangers alike. His ready smile and infectious laugh will be missed by all who knew and loved him.

Ken's greatest joy was being with his family. He is survived by his children, Nancy Holmberg Palazzi (Chris) and Peter Holmberg (Kathleen) and by eight loving grandchildren; Kassy, Jack, Nick, Grace, Matt, Emily, Peter and Kendall.

Relatives and friends are invited to join the family as they celebrate Ken's life at the Codey & Mackey Funeral Home, 107 Essex Avenue, Boonton, New Jersey 07005 with a memorial visitation on Sunday, May 26, 2019 from 1- 3 pm followed by a celebration of his life at 3:00 pm in the funeral home.

Share Your Memory of
Kenneth
Upload Your Memory View All Memories
Be the first to upload a memory!
Share A Memory
Plant a Tree