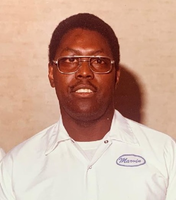 With heavy hearts the family of Marvin Lewis Kennedy, Sr., 76, of Boonton, New Jersey, has to announce that he peacefully passed away on the evening of Monday, February 10, 2020 at the Boonton Care Center after a brief illness. He shared with his sons that he was a peace and ready to walk with his Savior. Marvin was born in Berea, Kentucky which is located in Madison County outside of Louisville, Kentucky. He was one of many children raised by Willard and Aline (Bush) Kennedy. Mr. Kennedy proudly served in the United States Army during the Vietnam War, was honorable discharged and returned home to Kentucky. Marvin hitchhiked to New Jersey where he raised his family and worked in several jobs. He retired as a shipping & receiving clerk from Warner Lambert in Morris Plains, New Jersey. Surviving are his longtime companion, Lavine Beston; devoted sons, Christopher Hayes and his wife, Beverly, Michael Hayes and his wife, Nicole, Marvin Kennedy, Jr. and his wife, Mary, Alan Kennedy and Robert Kennedy; loving stepchildren, Eddie, Stacy and Jonny Beston; dear siblings, Ronald and Gail Kennedy; also, seven grandchildren and one great grandchild. Services to celebrate Marvin's life followed by Military Honors presented by the United States Army will be held on Sunday, February 16, 2020 at 2:00 pm in the Bethel AME Church, 140 Plane Street, Boonton, New Jersey. Arrangements are entrusted to the Codey & Mackey Funeral Home of Boonton.